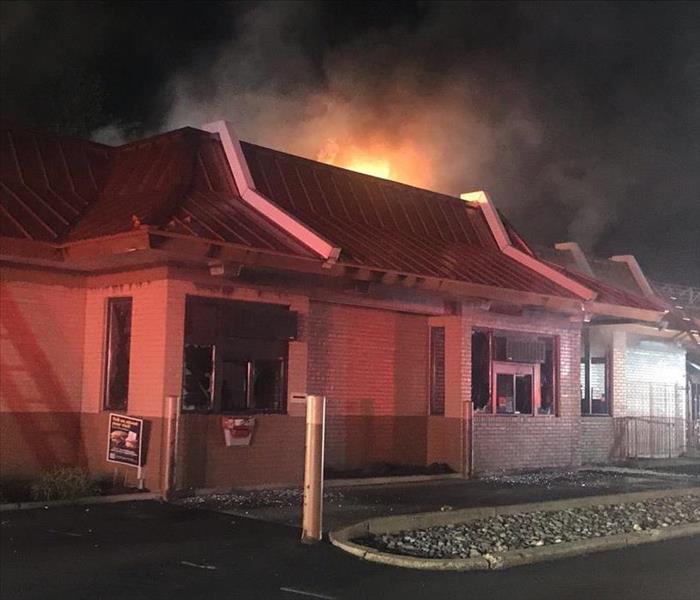 One of the McDonald's was completely destroyed in an overnight fire early Friday, officials tell Patch.

According to Doylestown Fire Company spokesman Larry Browne, the building on N. Main Street is "a total loss." The interior collapsed, and there was heavy smoke and fire damage, Browne said.

The cause of the fire is being investigated by Fire Marshal Scott Fleischer and the Bucks County fire investigators, Browne said.

The fire was first reported at 1:49 a.m., Browne said. It was placed under control just before 3 a.m. and crews were gone from the scene by 6 a.m. The fire caused N. Main Street to be closed for several hours. The road has since reopened.

In total, 6 fire companies responded to the fire.

SERVPRO of Upper Bucks was called to the scene to help with the cleanup!